The Formula For Success In Rainmaking: This Is Exactly What To Do — Truly! 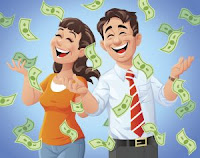 I have been asking myself a few questions lately. Why is it that many of the top rainmakers still cold-call people when they don’t have to do that anymore? Why do some people succeed in building incredible legal careers and others just don’t? What makes it happen — and what makes it fail to happen?

Of course, no one really “knows,” but I think I have some insight that I will share.

Part of this insight is based on my informal empirical observation of successful rainmakers — and people who fail to make rain — over many years.

And another part of this insight comes from a very interesting book I read recently called The Formula: The Universal Laws of Success, written by Albert-László Barabási, in which he tries as scientifically as possible to evaluate what makes people “successful.”  As a side note, I heartily recommend this book as one you might want to give to your kids or cousins or people in their late teens and early 20s. Or, if you are in your 20s right now, don’t miss this one for sure. I wish I had read it then….

Anyway, here is what I have come up with.

People who succeed in making rain instinctively know that their “network” is the key to success or failure. To be clear, I am not talking about what we all know as “networking.” My point here is related, but at heart, different than that. It is that successful rainmakers sense that the more other people in their industry are aware of what they are up to, the more likely it is that good things will happen.

To delve a little deeper, when you think about it, you can’t really predict what will happen in any particular situation. You start out each year and probably write down some goals for client acquisition. Then at the end of the year, you probably forget to even compare the goals to what happened; however, if you do compare, you will likely find that whatever you planned for didn’t happen; however, other things happened — hopefully better than the ones you planned for. Life — and business — are too unpredictable.

So when you think about it, success or failure comes down to a game of statistics. You don’t know what will happen in any particular situation, but you do know that if you do a lot of things — and you do them well — good things are likely to happen. I make this point in my book, If You Want to Get Rich, Build a Power Niche.

Successful rainmakers figure this statistical theorem out — either intellectually or instinctively — and then act on it.

They realize that simple things like…
… will all help them in growing their network and increasing the — statistical — chances that they will be successful in client acquisition.

In the Formula book I referenced above, Barabási has his first law of success: “Performance drives success, but when performance can’t be measured, networks drive success.”

For example, consider your legal practice — either yourself or your group or your law firm. You or your team may be fantastic in every category that you could be evaluated in. But if there is not a formal measuring scale, how could you “prove” this to a third party? And with legal work, there is almost never a measuring scale.  Even your competition who is dumb as a post and completely incompetent will likely be saying that she/he is super-good as a lawyer in your specialty area, right?  If so, all that will matter to a prospective third party is who says they are better, better (so to speak).

Since you can’t really prove you are “better” to a third party, then if you follow Barabási’s first law, you need to figure out how to effectively use your network to drive success.

My saying is similar to Barabási’s and it is: “It’s the network stupid!”

To finish up this article, here is a quick list of things I think someone should do to drive successful long-term performance in client acquisition (some of which I have written about before):
And things — good things — will happen to you. You will not be able to predict the clients you will actually get, but you will get clients. And as you keep doing this they will happen more and more.